On our second Lakwatsa this summer (Surfing in La Union) we gave up the idea to rent a van. We thought it would be impractical and costly given there are lots of accessible PUBs in EDSA. So we travelled more than 224 kilometers by bus… it took us approximately 6 hours to get to La Union, and 3.5 hours from the terminal bench to the bus seat (which was about 5 meters away). WHAT THE HECK!!!

Partas Bus station is located along Aurora Blvd. The bus company is owned by Ilocos ex-Governor Chavit Singson thus given such name—the reverse of “SATRAP”, an ancient Persian word for governor. You can read more about PARTAS here. (FOR UPDATED BUS FARES CLICK HERE)

Unlike Victory Liner, Partas (in Cubao) didn’t allow ticket reservation. We had to go to the terminal and buy tickets upon departure. That didn’t seem to be a problem because they said the station operates 24/7 and serves hourly trip; all we had to do was to get there early on.

We arrived in the terminal at around 2 am. Passengers were seated on long metal benches with their bulky luggage that made the trip seemed to me like a very long way up North.  With that on mind, I already felt nauseous. I am really not a fan of car fresheners; I often get dizzy, worse I throw up.  Anyway, we waited for the ticketing booth to officially open. There were people inside—some drinking coffee, chitchatting, checking whatever—but no one was situated in the counter. While waiting, we managed to play Monopoly a couple of rounds. It helped us to kill time.

At 3 o’clock, we can tell everybody’s bored. We were too, and a bit sleepy. We were wondering when we could buy tickets, only if there’s someone in the counter we could ask… The lady guard near the counter seemed to be annoyed of us asking probably because she couldn’t provide us a helpful answer. It sucked. Why weren’t they accommodating passengers when they have hourly trip schedule?  I thought maybe the number of passengers weren’t enough but then that time I guess passengers could fill 2 buses already so what could be the problem? No one among us knew. So I just shrugged my shoulder and got myself a manicure. Yes! I was so bored I decided to grace my fingernails with cherry red nail polish! HAHA My friends, on the other hand, abused free wi-fi and surfed net on their smart phones.

After rounds of monopoly, camwhoring, and manicure, clock struck 4. The passengers continued to come in. Counter wasn’t empty anymore but still we couldn’t buy tickets. WTH!!! We started to get irritated and the awful feeling made us pee. Did I say that the bathroom incredibly sucked? It did! The smell would let you hold your pee forever…!

After 30 minutes I approached the counter and asked the busy teller how long should we wait to buy the friggin’ tickets. He gave me a very short cold answer, without enthusiasm and without even looking at me, 5:30. In my mind I already broke the glass window… but all I could actually do was reply a cheerful THANKS!

Considering the other passengers, I thought we were still luckier than those who waited from 9 pm. Would you believe? Stuck in the terminal from 9 pm to 5:30 am! At Victory Liner terminal we were able to reserve tickets and didn’t have to wait more than an hour, not to mention the bus left 15 minutes earlier than the scheduled departure. I don’t know if this is the usual case in PARTAS. Very frustrating!

Lo and behold, at 5:30 the passengers queued to buy tickets. We got our regular tickets—Php 486 for a trip to San Fernando La Union. Shortly after, the bus left, just as the sun rose over the buildings of Cubao…

Trips are always fun especially with friends… until someone releases a bomb and suffocates those who are not physically strong to withstand the bad odour. I and my friends (Edray died haha) had dilats (eyes wide-opened) experience instead of deluxe that cost Php516. 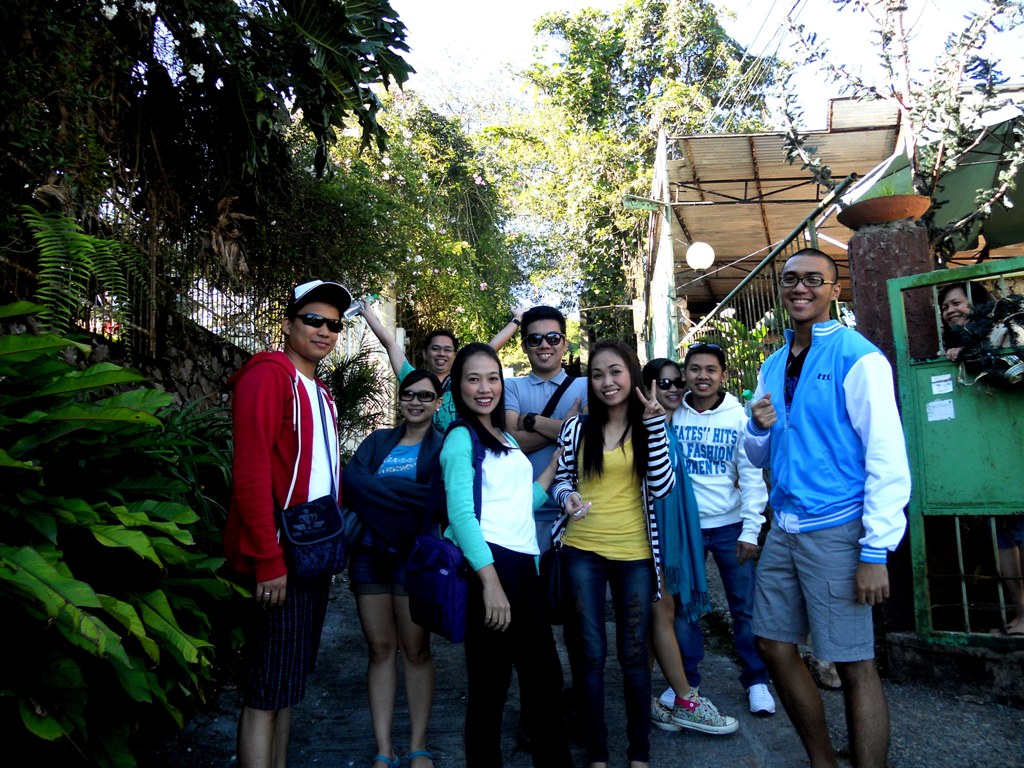