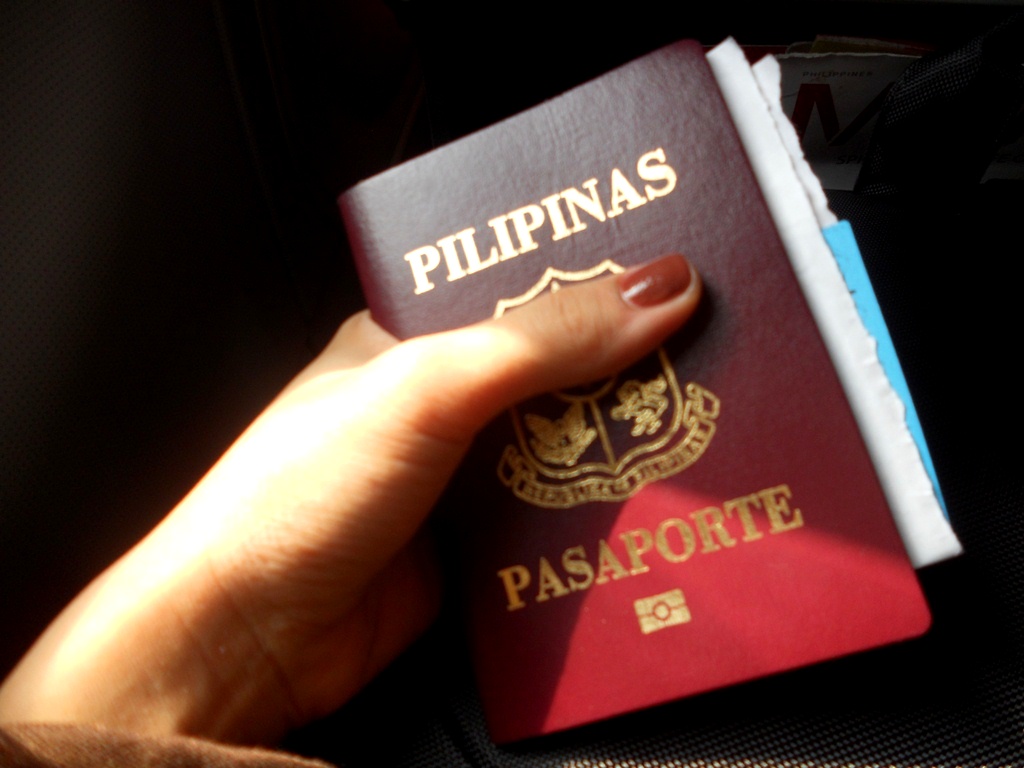 Who wouldn’t be thrilled to go abroad for the first time? I was hyped! I was incredibly excited, happy and awed!!! I couldn’t exactly put into words what I felt the moment I received my passport, my plane ticket and my TRAVEL CLEARANCE, especially that particular moment when Sir Dante handed me my DOST certification!!!

WOW. For years, I thought it would take me forever before I could travel overseas. But now I am about to fly out… It’s my first time to get out of the country and obviously, my first time to go to one of the two Special Administrative Regions of People’s Republic of China, that is, Hong Kong!

I applied for my passport last July and had it delivered to our house on August 7th but because roads were impassable that time, I got it by the weekend.

After that, I waited for Air Asia promo flights so I could book a cheaper ticket. The fare was only Php 499 one way but since my boyfriend and I couldn’t finalize the date of our trip, I wasn’t able to get the promo. The supposedly discounted tickets were around Php 3,500 but I got my roundtrip tickets for around Php 7,000 including 15kg checked-in baggage, travel insurance, and in-flight meals. Is this a good deal or what?

Going to the Airport

My plane would be departing from Diosdado Macapagal International Airport (DMIA) in Clark, Pampanga. I live in Angono, Rizal. So I need to travel far to make it to my 7AM flight.

I left home midnight and asked my sister to drop me off at any bus station in Cubao. She dropped me off at Dagupan Bus terminal station. The bus left at 12:30 am, I paid Php 159.00 from Cubao to Dau Bus Terminal station. I arrived at 2:30 am. 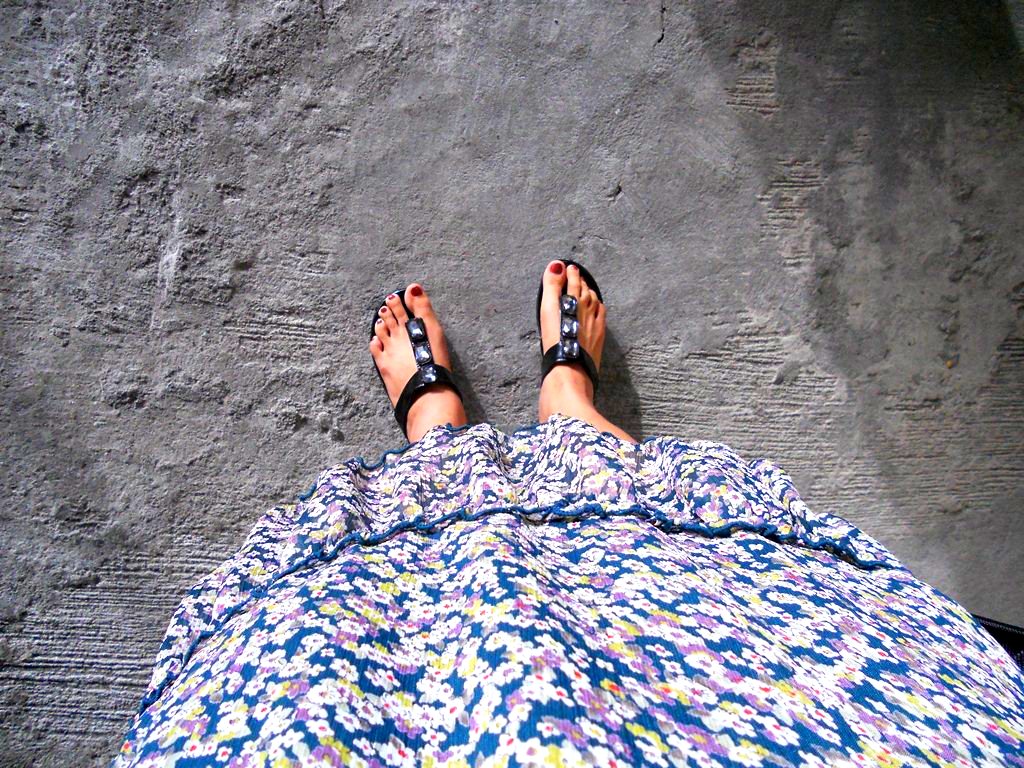 When I got off the bus, 2 guys wearing the same moss (dark?) green shirt (probably their uniform) approached me and asked if I was going to the airport. I answered “opo”. They told me I could get a ride from there to the airport through a Jeepney shuttle and they showed me the way. I let them go ahead of me because I felt uncomfortable and a bit nervous because it was 2:30 am and not so many people were around. The streets we were treading were not properly lit too so I’m not sure why I went with the two men. I didn’t know if they were guiding me to the right way or if they would just take me somewhere. When one guy offered to carry my suitcase, I politely refused. I tried to remain calm and nonchalant while we walked to the station.

After a few minutes, we arrived at the shuttle terminal where I saw more than 5 interesting jeepneys. But again, my discomfort intensified because there were no passengers and the place was dark, like an empty dark alley in Recto.

Anyhow, the two guys were trying to convince me it was really the Jeepney to the airport because I had many questions and I didn’t want to get inside. They told me there was one passenger waiting, I was the second and it just had to wait for another 3 people to leave.

I just silently prayed and got on the shuttle. Sure enough, one woman was already inside. She said she’d been waiting there for 1 hour. It was a relief to hear. So, I thank the porters and gave them Php 50.00 tip.

After 30 minutes, another two passengers came in. The two women were bound to Hongkong and Singapore at 7 am flight like me. J After a while 4 more passengers came. One porter collected our Php 100 fare and then the shuttle took off.

We arrived at DMIA at 3:30 am. The airport facilities were still closed. We were too early but it was better than arriving there late. There were already many passengers sitting in the waiting area.

At 5 am, the entrance gate opened. We queued for a while and had our stuff checked for any prohibited items.

I queued up for Air Asia check-in counter bearing my flight number. While in line, I noticed some passengers were holding a small piece of paper—that was the immigration form. Passengers need to accomplish this form and submit to the immigration booth. I got one from a small stand at the right side of the entrance. I couldn’t find my pen so I had to wait for the others to finish using the pen and/ or borrow someone else’s pen. PLEASE DO NOT FORGET TO BRING A PEN.

At the counter, I presented my passport, itinerary, travel insurance and my baggage to check-in. They weighed my baggage and instructed me to pay some fees.

At the immigration booth, I presented my passport, dost travel clearance, valid ID, Itinerary and boarding pass. Unfortunately, the officer wasn’t satisfied with my documents so she instructed me to go to a holding area where another officer asked me more questions. This time, more personal ones. I’m not gonna go into details. I think i have posted about my experience in another post. Needless to say, it was almost an hour of exhausting and intrusive “cross-examination”.

Finally, I got my passport stamped.

I needed to take off my shoes and had it checked together with my hand carry.  After that I proceeded to the departure lobby.

At the departure lobby, I could see the information on flight status through a screen called Flight Information Display (FID). That was very useful especially when the announcements were barely audible.

I was supposed to board at Gate 1 but it changed, I boarded at Gate 2 instead. It’s important you listen to announcements/ monitor the FID for changes.

The attendant at the boarding gate asked for my passport and boarding pass. She just checked my flight number and passport then allowed me to get through. I just followed the person in front of me. We head out of the facility and waited for a ride to take us to the plane.

After that I went inside the plane and searched for my seat number. I was overwhelmed. I still couldn’t believe I was travelling abroad. Processing my DOST clearance made me ill and stressed for the past weeks, but there I was, watching the cabin crews’ safe travel demo.  After they finished, the senior cabin crew asked us to turn off electronic devices, and so we did. That was it! In a while, the plane took off.

After an hour and fifty minutes, we arrived at Hongkong International Airport. It was a very short trip, the clouds and my Chinese seatmate kept me company. By the way, during the flight, attendants distributed another piece of paper to fill out for Hongkong immigration. I asked my seatmate to lend me her pen and luckily she did. Again, please don’t forget to bring your own pen. J

Here’s what happened next.

Erica is a former PR pro turned entrepreneur. Her greatest joys are family, blogging, music, skin care and social justice. As a Muay Thai enthusiast, Erica prides herself on working with increased focus, humility and diligence. She believes in living a fit life doing everything with a flair of creativity and love! Stalk her social channels @thegirlwiththemujihat View more posts