It’s been my dream to see Unkai in Japan. Funny to admit
but the dream is kind of big. In
fact, I’d been hopeful and “redundant” about it that whenever I talk to someone
from Japan, the conversation would involve something like this,

“I wanna see the Unkai”

Most Japanese wouldn’t get what I mean till I utter the
phrase sea of clouds. Ironic because Unkai is in Japanese already means “sea of clouds”. Maybe I am mispronouncing? Well, it doesn’t
matter now, does it? Because finally, I got to chase Unkai in Hokkaido!

This Silver Week, I travelled to Hokkaido with
lists of places to visit. Among the sightseeing spots is the Unkai Terrace in Tomamu.

The Unkai Terrace is part of the Hoshino Resorts, the deemed
most expensive resort hotel in Hokkaido. The hotel I stayed in is not as expensive as Hoshino
Resorts Hotel but already good. I like this hotel, Gracee Tomamu, and I will make a separate
post dedicated to our stay there.

Back to “Unkai”, I learned that seeing this phenomenon heavily relies on special climatic conditions. It is best seen in the early morning and again, depends on the weather…

To witness Unkai, I woke up at 3:40 AM and
cycled a pitch-dark path for more than 40 minutes. I used the free road bicycles from our hotel. The cold breeze almost left
my hands numb but invigorated the rest of my senses (partly due to the smell of
the alpines and wildflowers).

Around the Hoshino Resorts area, I parked my bicycle and headed to the ropeway station. I took a gondola to get to the top of Mt. Tomamu where the Unkai Terrace is situated. The fare was 3000 JPY for a two-way ride and comes with a Post Card you can send anywhere in the world for free.

It’s not even Autumn yet, but the temperature at the terrace already felt freezing. Some visitors opted to drink hot coffee while waiting for the sunrise. If you feel hungry, you can buy coffee or breakfast at a reasonable price either at the small cafe in the Ropeway station or at the restaurant next to the viewing deck. In my case, I didn’t feel like eating. It’s probably because it was too early so I just stood there in bated breath, hopeful to witness the rolling sea of clouds, as I watched the majestic sunrise greet this beautiful part of the Hokkaido!

Here are some photos I took: 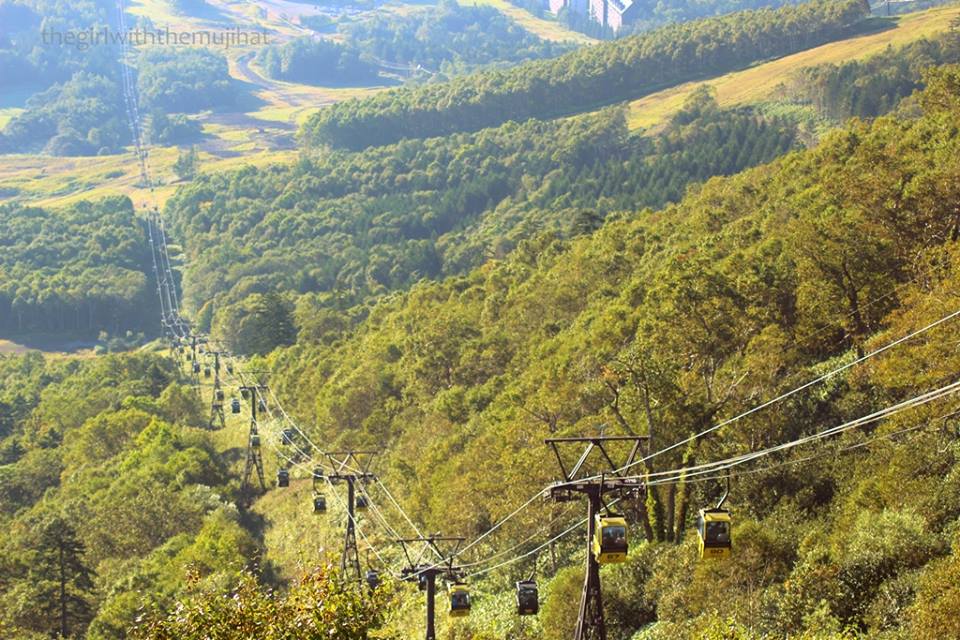 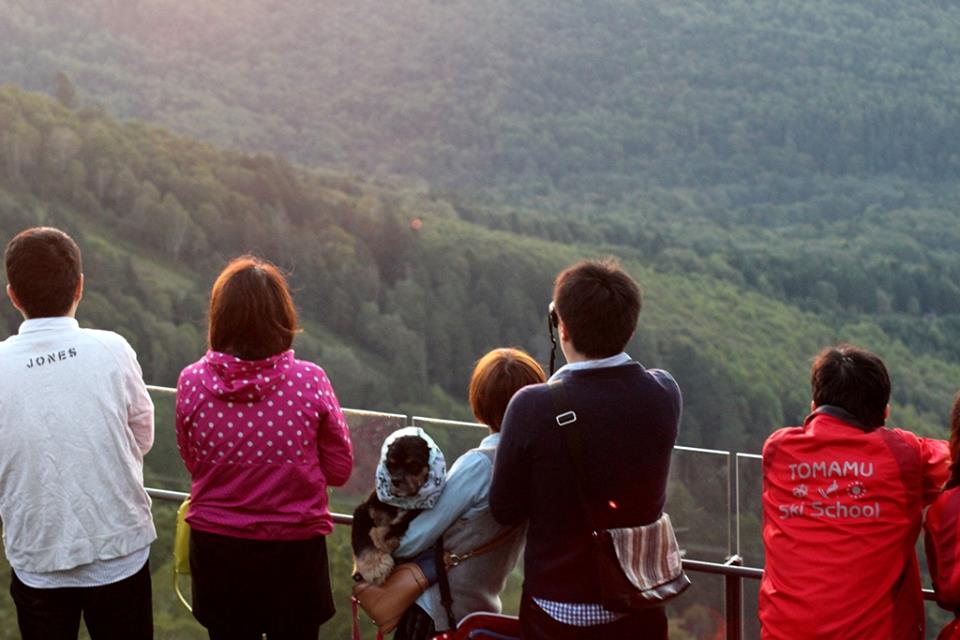 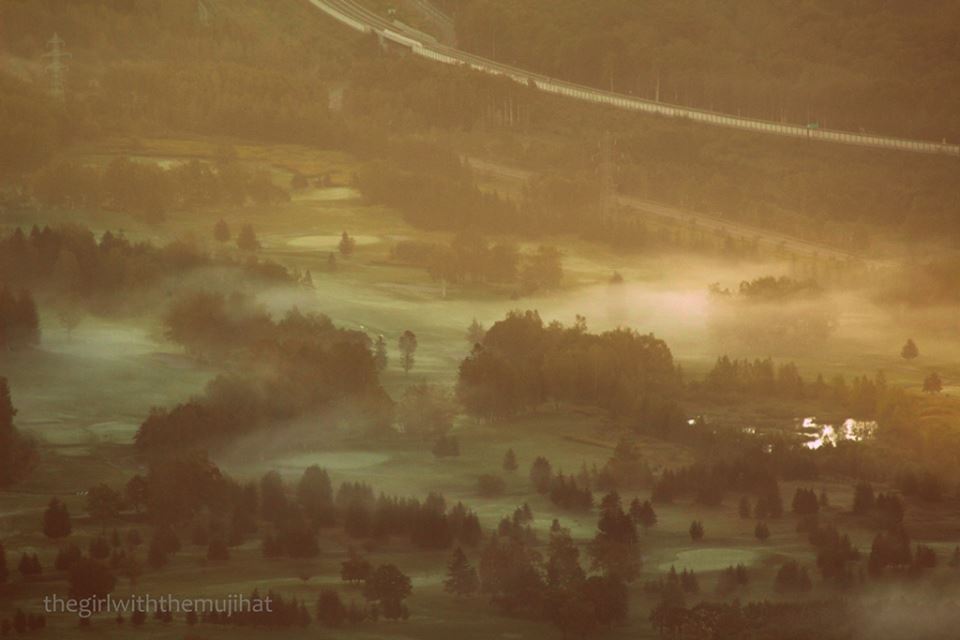 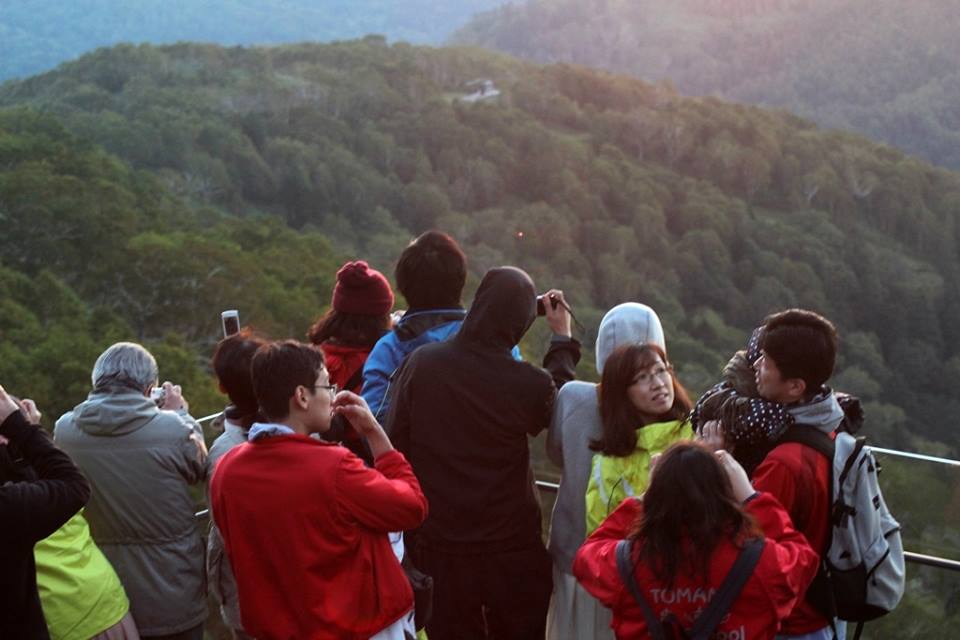 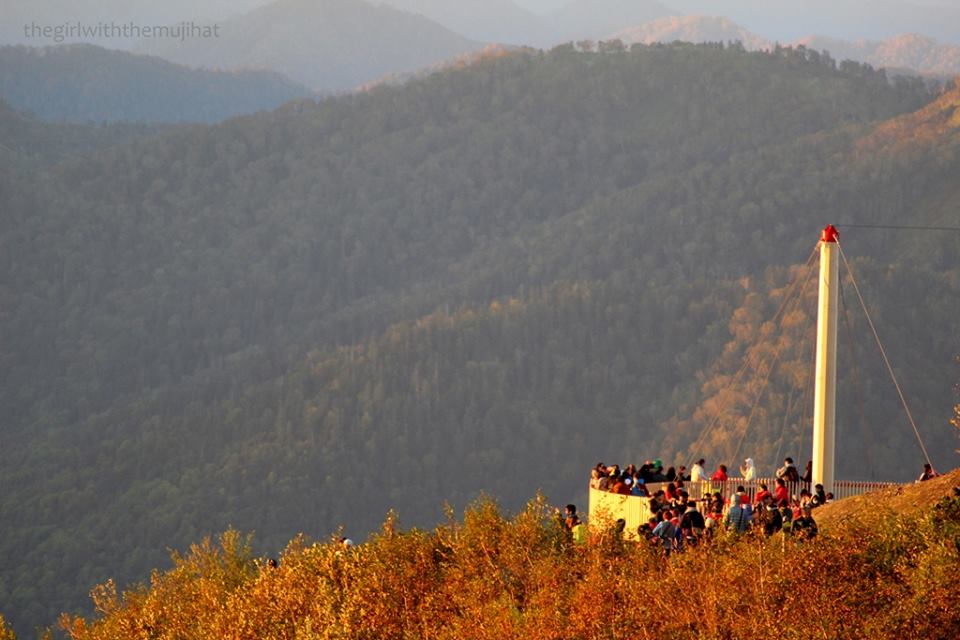 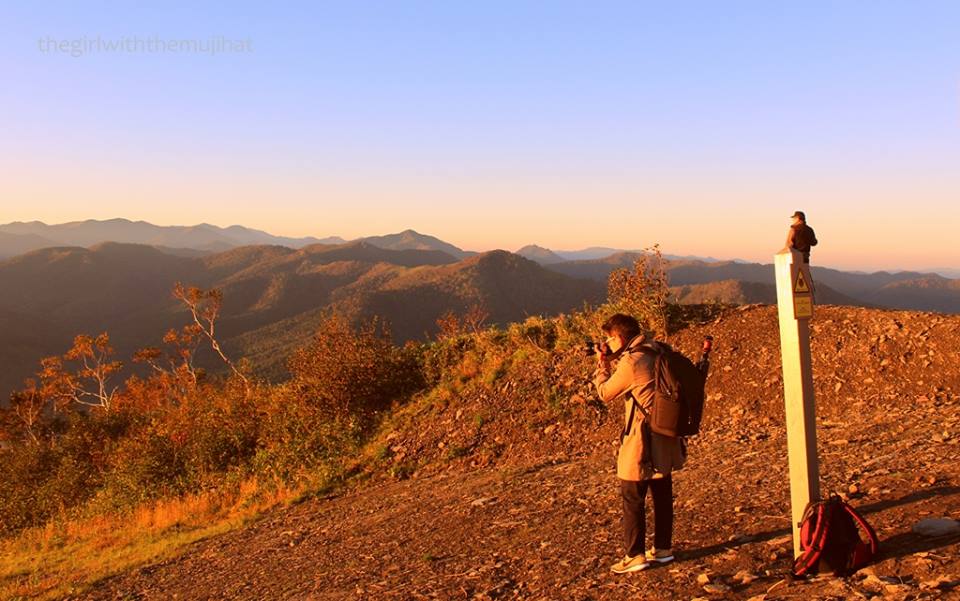 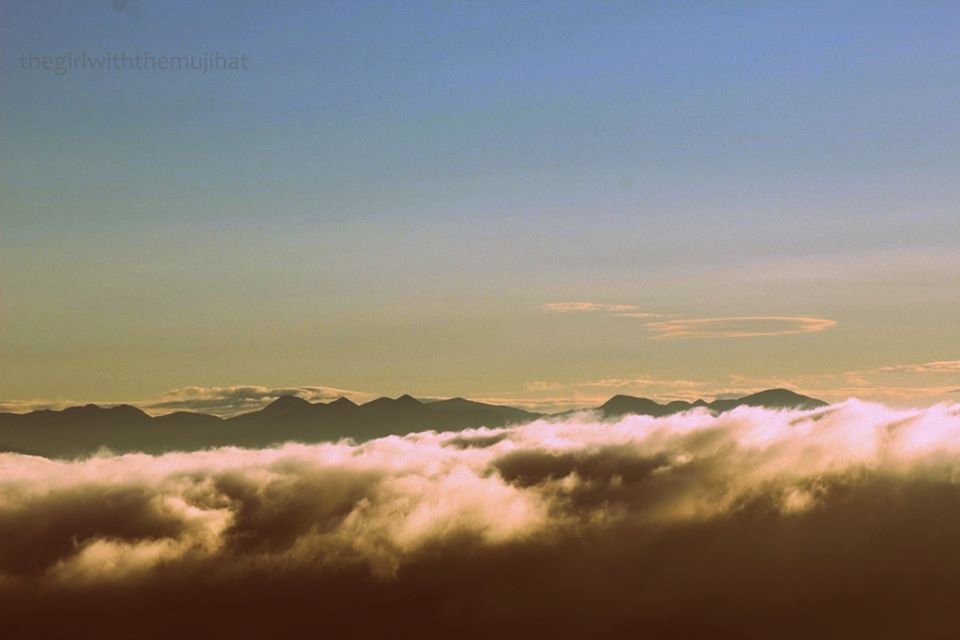 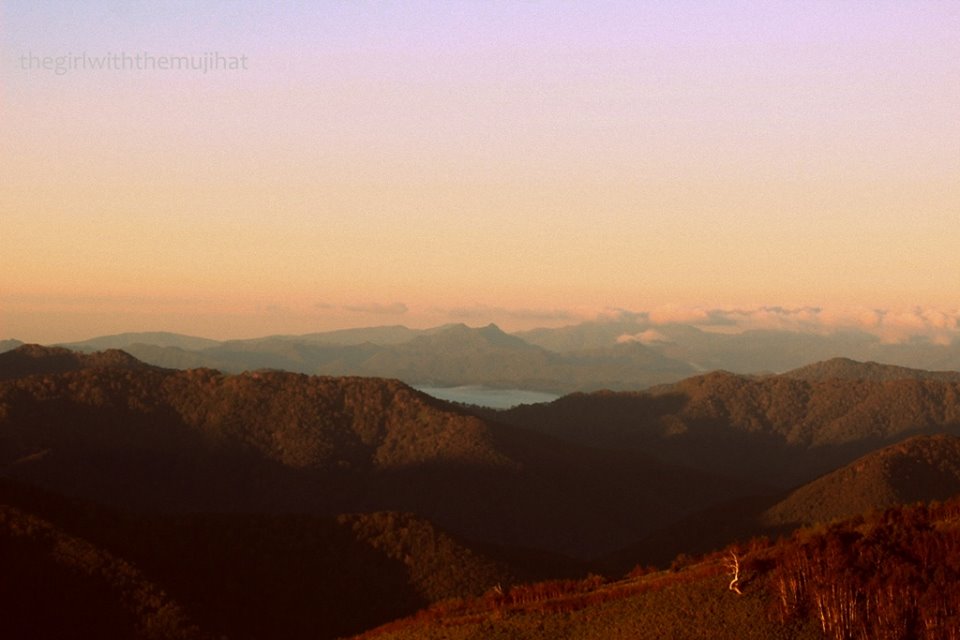 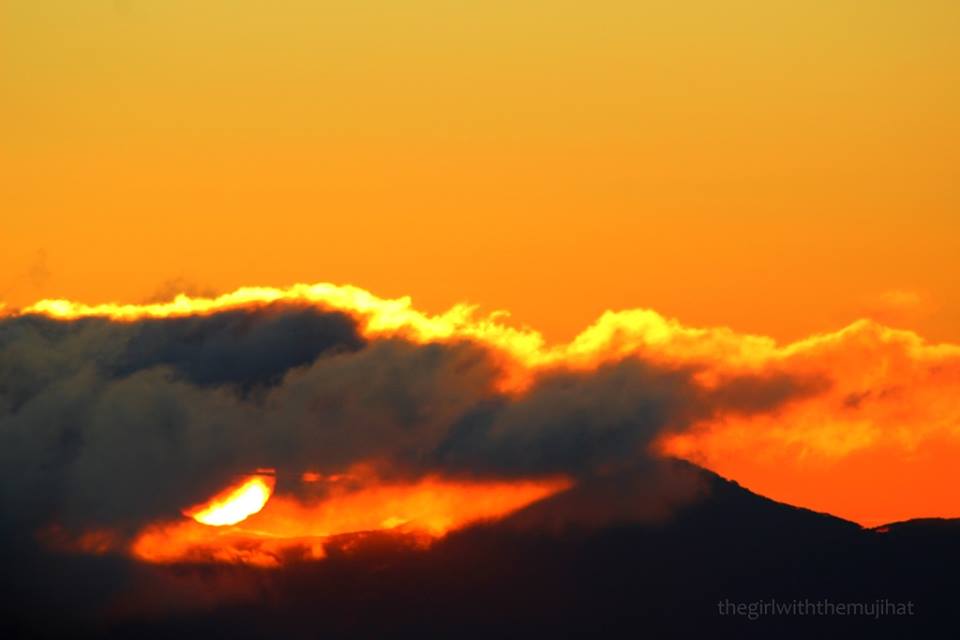 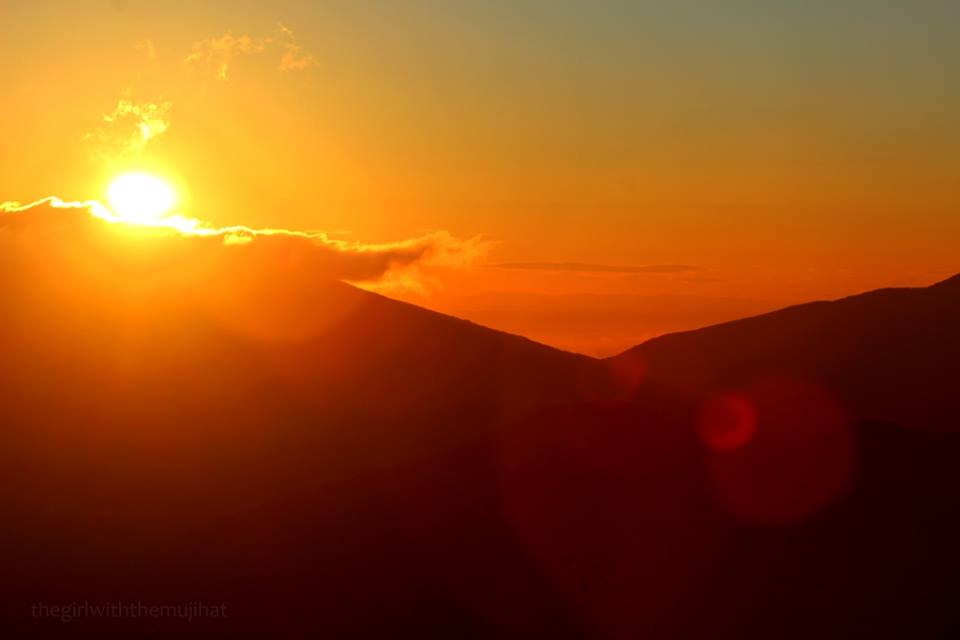 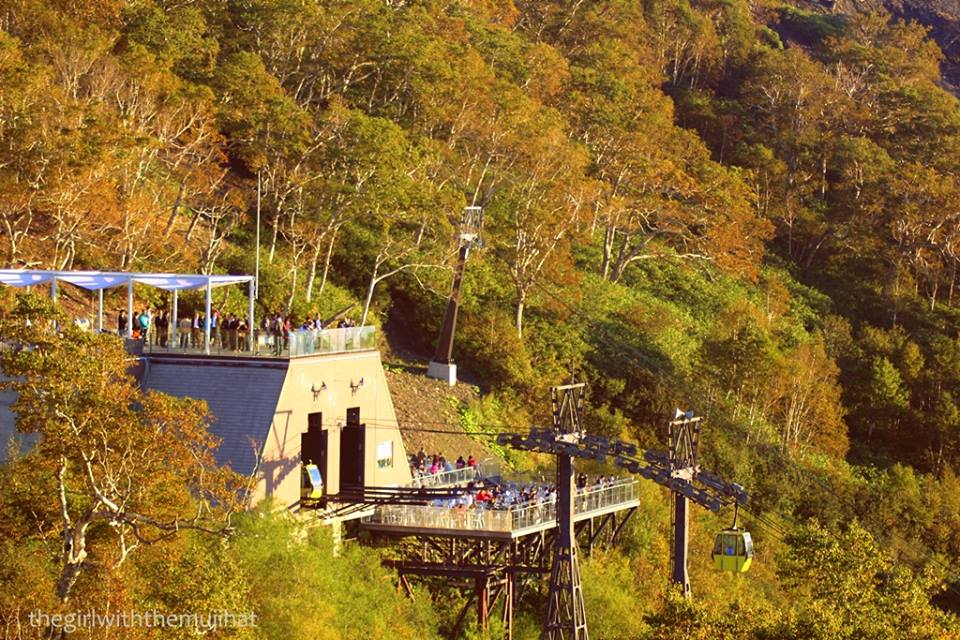 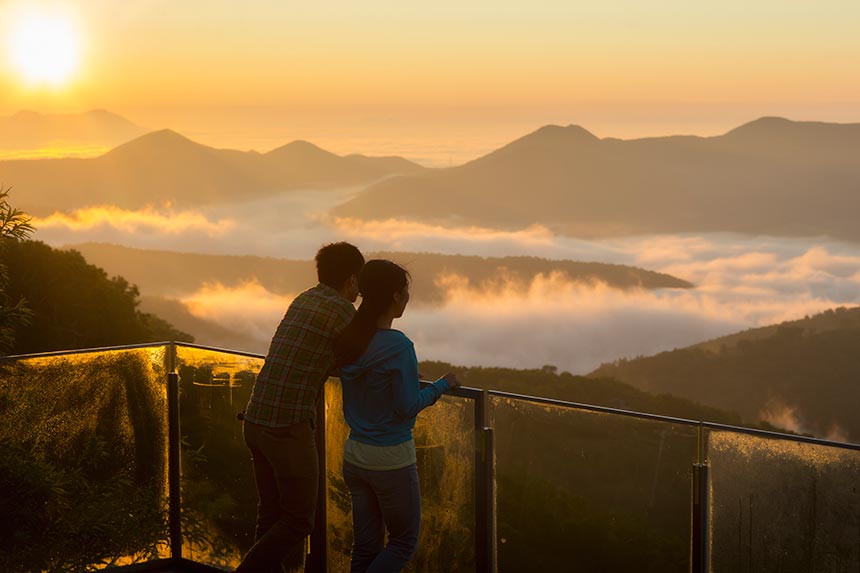 a couple and the sea of clouds… i just got this photo from cooljapan.com 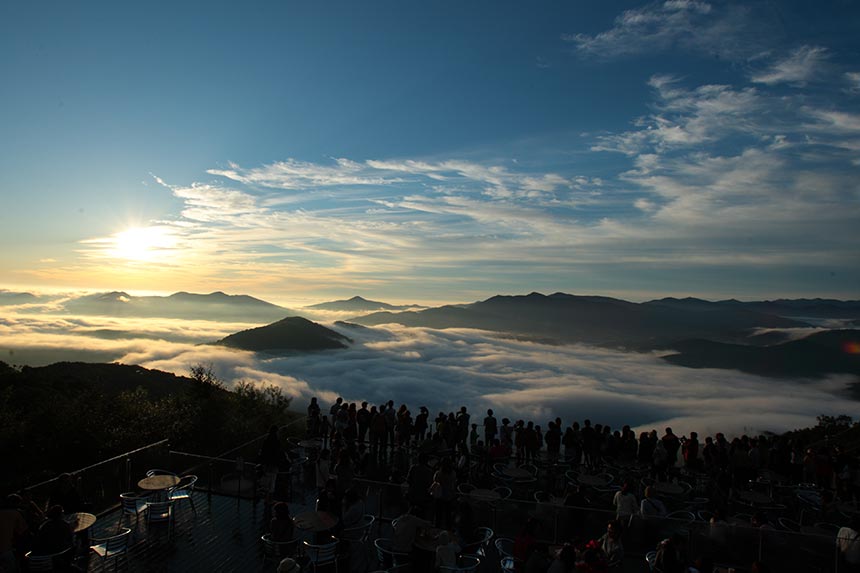 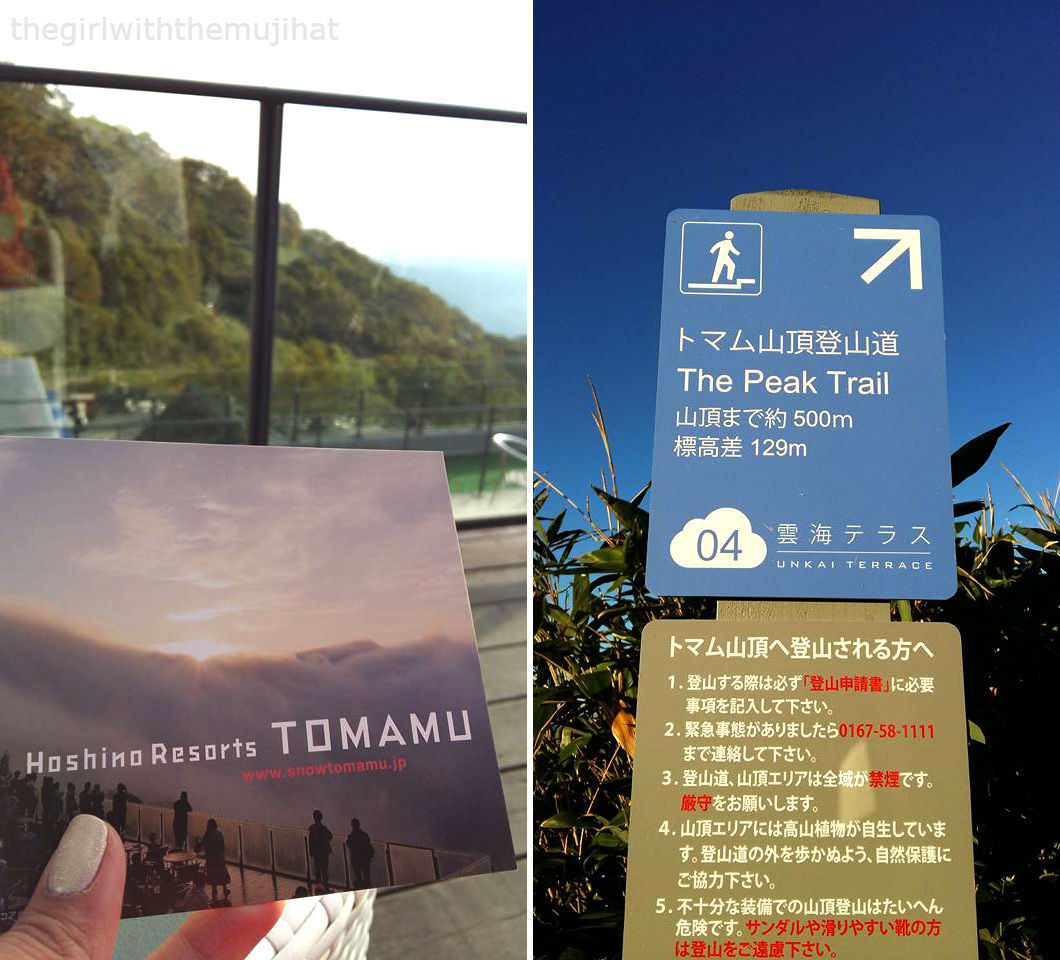 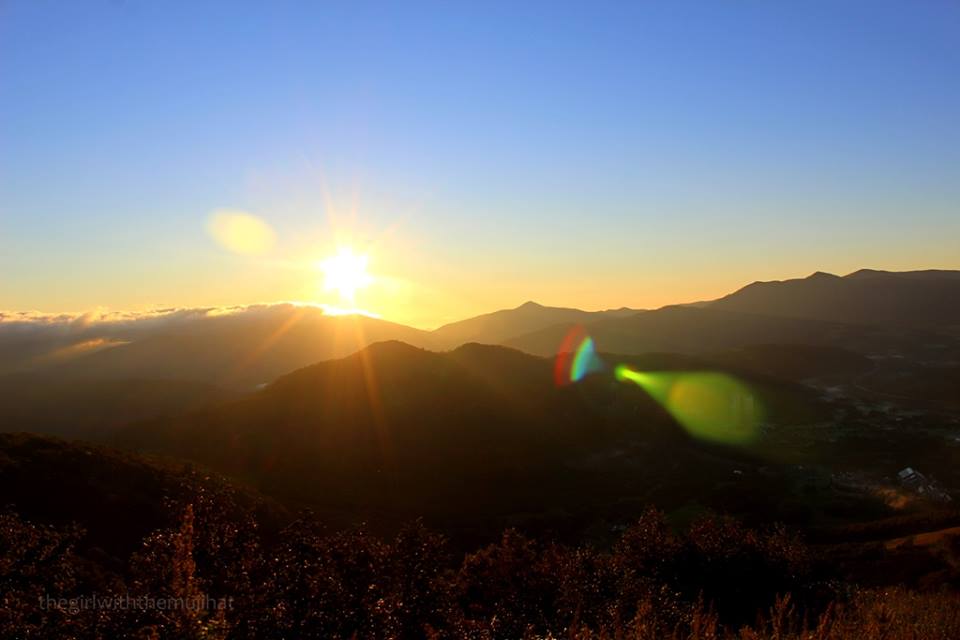 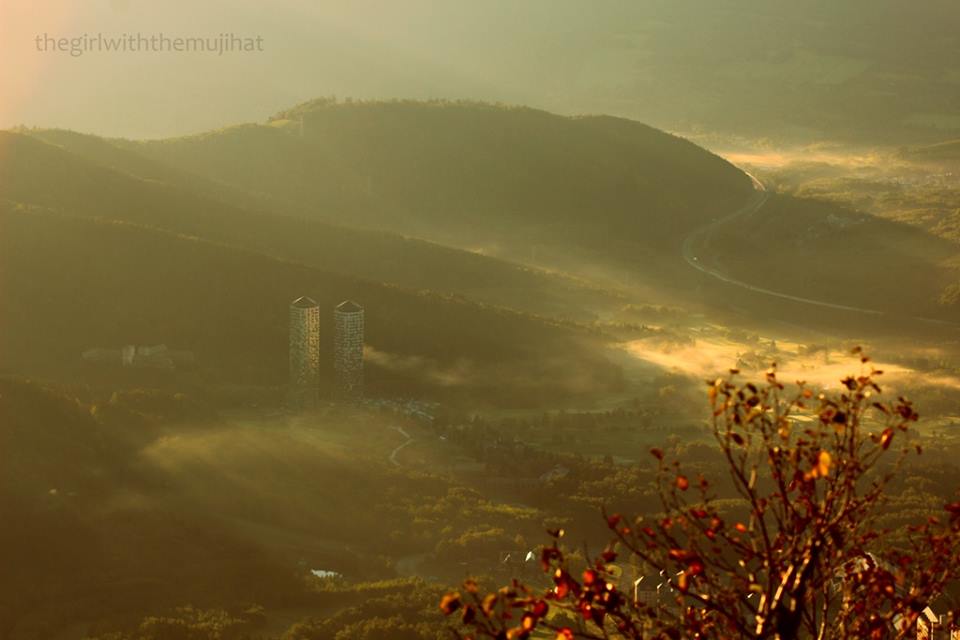 The rays of the sun slowly gleamed over the place until
everything was golden. There weren’t much clouds. Surprisingly, my thoughts are filled with many things including a curious way of articulating the cloud appearance but none relating to resentment.

Turns out, my effort to go there wasn’t futile. I wasn’t saddened by the
missed Unkai experience because the sunrise from the peak of the mountain and the view of the vast landscape were equally stunning. I’m still grateful and rather honoured to see such spectacular
creation.

My chase for the sea of clouds doesn’t end here. In fact, it’s just begun. And I’ll try my luck, next time, maybe in Mt. Ulap!

Have you seen a sea of clouds before? Must be exhilarating to see them stream right in front of you. I hope to hear about your thoughts down the comment section below. 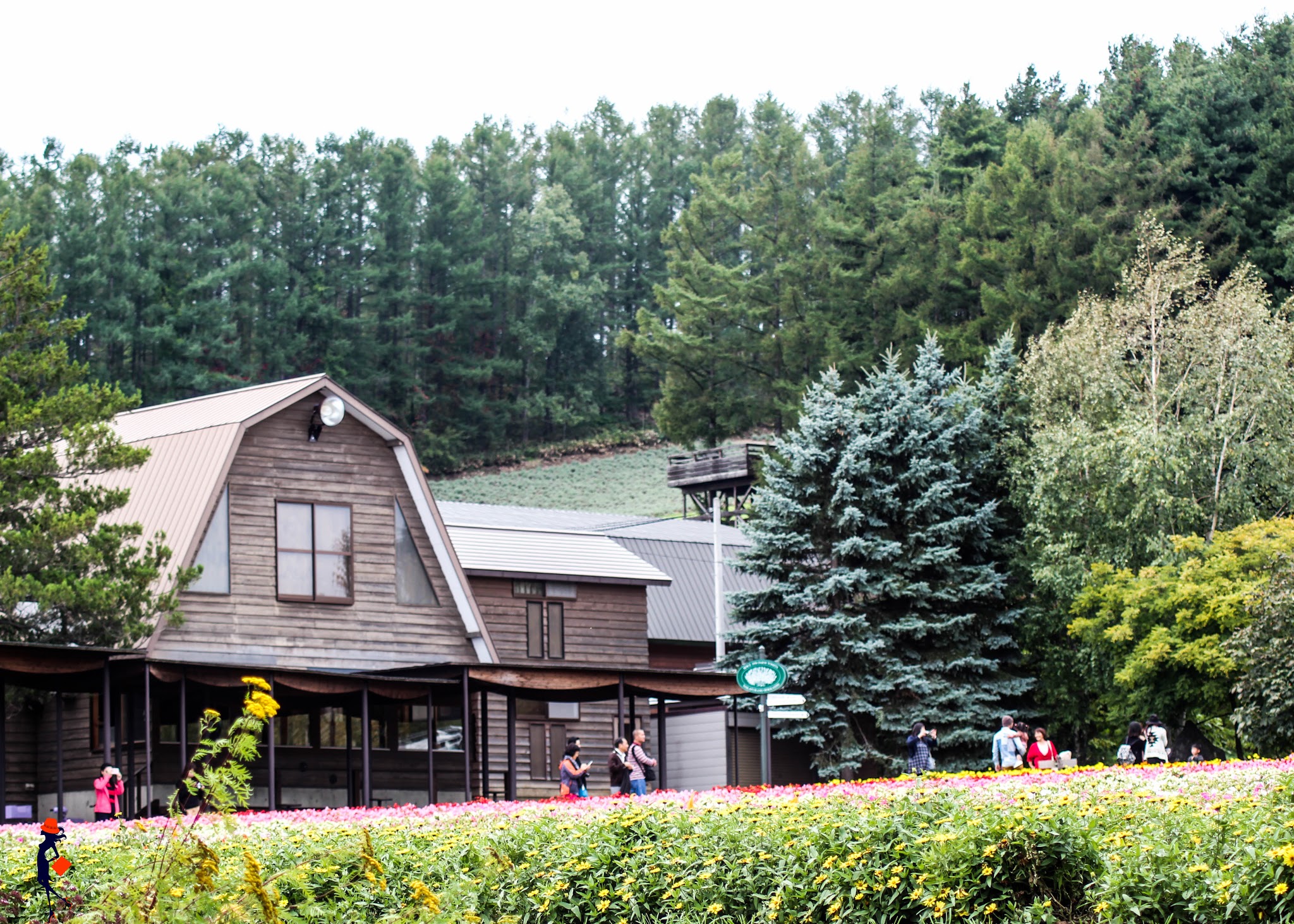 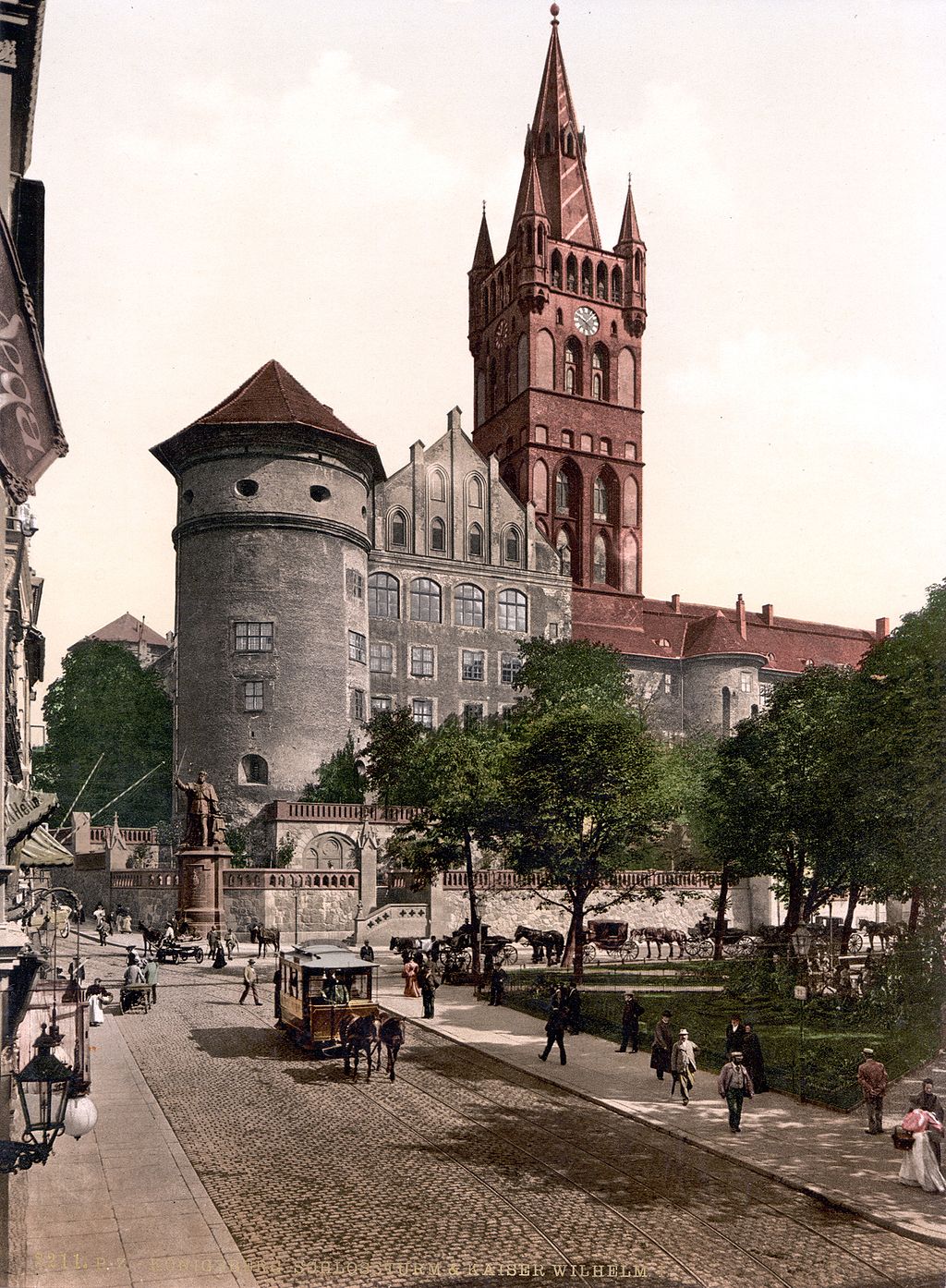